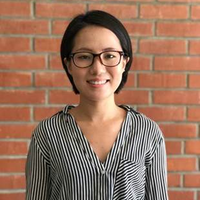 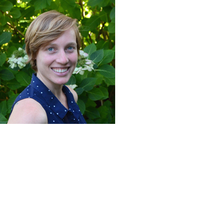 Ms. Simpson is a PhD student in the Department of Civil and Construction Engineering at Oregon State University, within the Coastal & Ocean group. She received her Bachelor’s degree in Science of Earth Systems Engineering at Cornell University, where she pursued undergraduate research in the areas of satellite remote sensing, and coral reef ecology of the Hawaiian Islands. Upon graduation she worked on the engineering and environmental monitoring teams at Ocean Renewable Power Company, a tidal energy company based in Portland, Maine. During her recently completed MS degree at Oregon State University working with Dr. Merrick Haller, Alexandra contributed to the development and testing of a wave-by-wave forecasting algorithm for application to Wave Energy Converter controls systems. The algorithm assimilates X-Band radar imagery for reconstruction and propagation of the surface wave field. This novel forecasting technique has shown promising capability in preliminary testing using synthetic radar imagery. In addition to her passion for research, Alexandra has been an active community member at OSU. She has formed an organization called Women in Marine Sciences, dedicated to uniting women and underrepresented students and faculty in graduate programs across the university. With the support of the Link Foundation, Alexandra will continue her work in phase-resolved wave field reconstruction and forecasting. The development of a high-resolution (meter-scale) wave field reconstruction technique from remote sensing data will largely benefit the field of ocean engineering, where typical measurements of the wave field are limited to in situ point-observations from deployed sensors. In addition, a robust real-time forecasting technique would be a major asset to Wave Energy Converter controls schemes, and advantageous to nautical operations that require precise vessel positioning. The next step towards the utility of the developed forecasting technique is field validation to water surface elevation measurements. A synchronous radar and wave buoy dataset has been collected in Monterey Bay, CA, and further analysis of algorithm performance is imminent. Alexandra will also modify the algorithm to assimilate coherent radar imagery. Up until now, a non-coherent radar has been used, which measures backscatter intensity of the sea surface. From these intensity values, the radial component of the sea surface slope is estimated. By using a coherent radar, the Doppler velocities of the sea surface are measured, providing the surface orbital wave velocities. It is hypothesized that this will allow for higher accuracy surface wave field reconstruction and thus higher accuracy forecasting potential, as well as utility in a wider range of wave conditions. 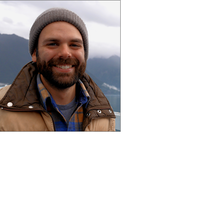 Mr. Neumann is a Ph.D. student in the Interdepartmental Graduate Program for Marine Science at the University of California Santa Barbara. His research focuses on developing and applying technology to study changes in water chemistry on the spatial and temporal scales at which they occur in the environment. Also driving his research is a goal to reduce the cost of water monitoring technologies to allow for wider-spread data collection, especially in developing and low-income regions. Kyle received his Bachelor’s of Science degree in BioResource Research from Oregon State University. As an undergraduate, Kyle developed water sampling systems to study surface water impacts as a result of hydraulic fracturing. In addition, he was part of a small team of students who built a Remotely Operated Vehicle (ROV) to explore seeps at the bottom of volcanic lakes. After completing his degree, Kyle was employed as a Marine Systems Specialist at the Sexton Corporation, where he designed and built custom underwater scientific and camera equipment. Kyle has taken these skills to sea as an engineer on research cruises in the Atlantic, Caribbean, Gulf of Mexico and the Pacific, most recently aboard the E/V Nautilus as a lead video engineer. In each of his undertakings Kyle strives to include an education and outreach component. In the past this has included volunteering for local science media outlets, and teaching underwater robotics classes for middle and high school students. Currently, he is helping to develop an education and outreach program for an upcoming cruise on the R/V Sally Ride. Support from the Link Foundation will allow Mr. Neumann to develop water samplers that collect and store a continuous sample over time. Upon retrieval, the sample can be divided into segments representing shorter time periods during the deployment, similar to an ice core except for water chemistry. In addition, each of these samplers will have their own conductivity, temperature and pressure logging ability which will put the water samples in the context of changing physical conditions. In their first large scale deployment, an array of the samplers will be used to study plume dynamics at stream-mouths on the island of Moorea, French Polynesia. In recent decades, the health of nearshore coral ecosystems on the island have declined precipitously, with algae out-competing much of the coral. Land use changes on the island, with a growing population and increased agriculture, may be connected to the reef decline through stream runoff. Using these novel water samplers, Kyle’s project will be the first to quantify and model runoff from the island onto reefs. Once proven here, the water samplers have wide ranging applications to improve the spatial and temporal resolution of data collected coastal marine ecosystems worldwide. 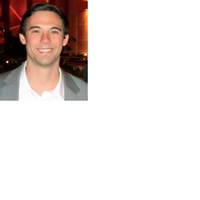 Mr. Sequeira is a PhD student in the Department of Mechanical Engineering and Materials Science at Duke University. He received his Bachelor’s degree in Environmental Engineering with a Minor in Applied Mathematics at the University of California, San Diego in 2015. While at UCSD, he was involved in various projects aimed towards renewable energy generation and storage through his work with the UCSD Center for Energy Research (UCSD CER), the Lawrence Berkeley National Laboratory (LBNL), and the National Renewable Energy Laboratory (NREL). At the UCSD CER, he worked on a project that was centered around atmospheric modelling for cloud formations as it pertained to their effect on the efficiency of photovoltaic solar panels. At NREL, Dane worked on a team constructing computational fluid dynamic simulations to gain insights into the noise and material fatigue characteristics surrounding downwind oriented wind turbines. At the LBNL, Dane led a team of undergraduate students in a design competition to increase the efficiency of household refrigerators by mitigating unwanted heat loss at times when the refrigerator door was opened and was awarded first place in the competition. In continuity with his previous work in the field of sustainable energy, his dissertation is aimed towards investigating novel ways to harvest energy from ocean waves that can be used to generate power remotely at offshore locations. Lack of offshore power is the one of the greatest barriers restricting the scientific community from exploring the ocean because it is difficult to operate sensors without a reliable power source. Wave energy harvesting has been investigated as a solution; however, current methods have many shortcomings. Traditional ocean energy harvesters extract energy from ocean waves by capturing the change in potential energy as the buoy travels vertically along the wave, but this linear design has a theoretical maximum based on the wave height that limits its usefulness to high amplitude waves within a narrow range of frequencies. Dane’s research looks to design nonlinearity into this system by allowing the harvester to rotate freely as it bobs along the waves and converting that rotary mechanical energy into electricity. With the support of the Link Foundation, his goal is to model the dynamics of this complex dynamical system and investigate complimentary electro-mechanical conversion mechanisms to produce inexpensive, reliable, nonlinear ocean energy harvesters for use in scientific studies and other far reaching oceanographic applications. 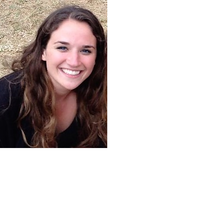 Ms. Edwards is a PhD student in the Center for Ocean Engineering in the Department of Mechanical Engineering at the Massachusetts Institute of Technology. Her work focuses on optimizing the geometry of wave energy converters (WECs), as well as the configuration of arrays of WECs. After growing up in North Carolina she attended the University of North Carolina at Chapel Hill and obtained a B.S. in mathematics in 2012. After graduating, she moved to Edinburgh, Scotland to conduct research on wind and wave energy at the Institute for Energy Systems in the Department of Engineering at the University of Edinburgh, under the supervision of Prof. David Ingram and Dr. Lucy Cradden. Due to her background in pure mathematics, combined with a passion for renewable energy, Emma was immediately drawn to wave energy, and ultimately decided it would be the topic of her doctoral dissertation. Emma’s research thus far at MIT has focused on optimizing the geometry of a single wave energy converter. Her work achieves this by improving our current understanding of the physics of wave-body interactions and incorporating the full wave spectrum into the optimization. With the support of the Link Foundation, she will take the methodology developed and physical insights gained for a single WEC geometry and apply them to large arrays of WECs, ultimately optimizing the array configuration as well as the individual (heterogeneous) properties of the WECs. Current best estimates suggest that this type of optimization could triple the energy yield of a WEC array when compared to the individual WECs in similar seas due to positive interference effects. Beyond this, she intends to develop a model using real-time wave sensing to control and optimize array configuration and WEC properties for incoming sea-states. This work contributes to our understanding of wave energy theory and the underlying physics behind wave-body interactions.